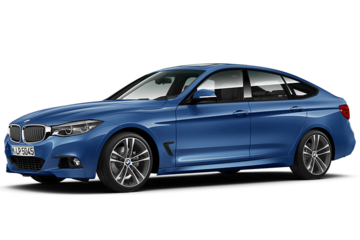 Overview: The brand new Audi A6 is the most reasonably priced Audi there is. It's right in between. The price isn't ridiculously high but its also not a steal at the same time. Equipped with 252 horsepower and 273 lb-ft of torque, the A6 can push through anything. 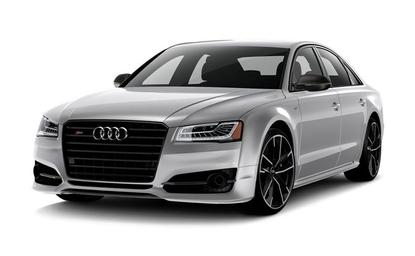 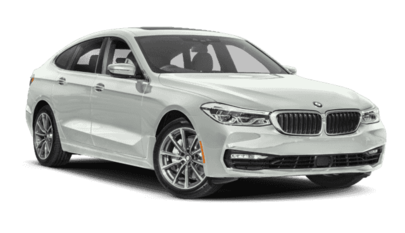 Overview: The 2018 Audi S5 is wonderful to drive and even better to look at. Ever since Audi redesigned the A5, S5, and RS5 they have gotten so much better. They may now be running on a V6 instead of the RS5's previous V8, but they still make the same amount of power. 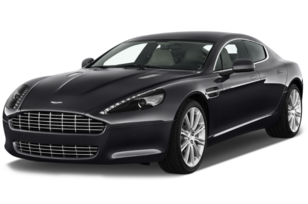 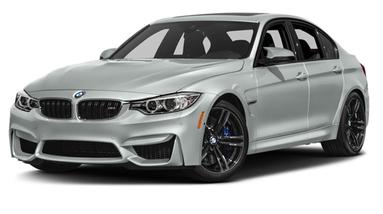 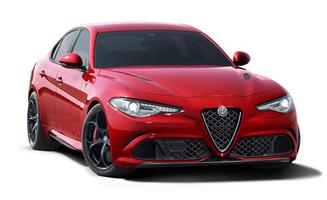 Overview: On the lower end of Cadillac's price spectrum, the new Cadillac ATS has everything you would possibly need and at an affordable price too. As one of the only American Manufactured vehicles to compete with all of the European luxury cars.

Overview: The Audi RS7 is a one of a kind car that combines the right amount of power with the right amount of weight. The RS7 is available in America, unlike the RS6. The RS6 shares the same engine, but the RS6 is a lot faster. Personally, I would rather the RS6 over the RS7 mainly because of the body style. 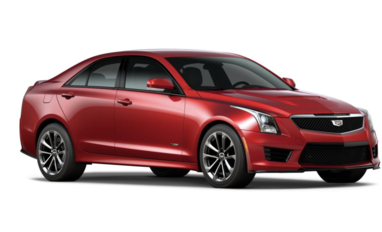 Overview: The 2019 Audi A7 looks spectacular. The new A7 has much sharper body lines and a more powerful engine. 88 horsepower has been added to the 2019 Audi A7. With all of this power, you need a very good traction control system or a very good all-wheel-drive system.

Overview: The BMW 7 Series is often overlooked as a drivers car. Most people who buy this car are using it as a chauffeur car. If you're looking for a chauffeur car you should probably look at the Mercedes Maybach or the Rolls Royce Ghost.

Overview: Cadillac's one and only 200mph car is a sedan. No one would ever assume that a sedan could do 200mph. Not even Porsche has accomplished this yet, and they're practically first to do everything. The CTS-V offers 640 horsepower. 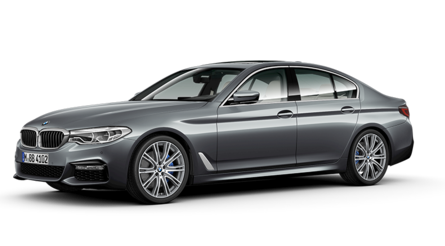 Overview: The 2018 BMW 2 Series is the new baby of the BMW family. It combines BMW's sporty looks and power all into one to create BMW's new affordable two-door.

Overview: As one of three V-Series cars offered by Cadillac, the Cadillac ATS-V is the least expensive but does offer the least amount of power. Don't underestimate the ATS-V though. 464 horsepower is a lot and can rocket the car to 60mph in just 3.8 seconds.

Overview: When the BMW 4 Series was first launched people loved it mainly because it was a powerful two-door. After the 4 Series came the BMW M4 which is one spectacular car that some believe is much better than the more powerful BMW M5 or M6.

Overview: The 505 horsepower twin-turbo V6 that Alfa Romeo shoved into the Giulia Quadrifogilo is unstoppable. With a top speed of 191 mph, the Giulia QF is also one of the fastest sedans in the world. The Giulia QF share the same engine with the Stelvio Quadrifogilo.

Overview: The 2018 Bentley Flying Spur is basically a four-door Continental. The Flying Spur offers two engines, a 500 horsepower V8 or a 616 horsepower W12. Everyone can appreciate a W12 and the work that goes into them but on this car, the V8 is the way to go. 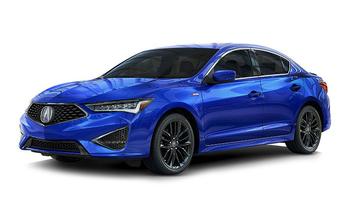 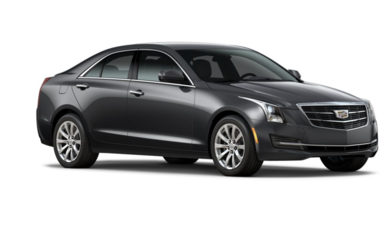 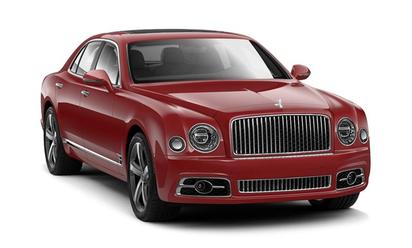 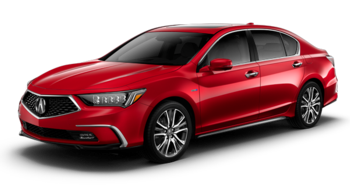 Overview: The BMW 3 Series was once what all sports cars wanted to be, light, fast, and luxurious. Today none of that is compromised either.

Overview: In 2016, Audi did a complete overhaul on the S8 engine. After it was all done and over with, the S8 came back with a new name. It is now the Audi S8 Plus. The Plus means that the S8 now comes with another 65 horsepower than it previously did. 605 horsepower to be exact.

Overview: In the middle of Cadillac's price spectrum, the new Cadillac CTS has everything you could possibly need, but not as inexpensive as you think. The Cadillac CTS is only offered as a sedan.

Overview: The all-new Audi RS3 is very small, but don't mistake it for its size. The RS3 packs a mightly little five-cylinder engine that packs 400 horsepower. The Audi TT RS shares the same engine, but the TT RS costs another $10,000 more than the RS3.

Overview: Car people know exactly how powerful a BMW M-series is and when an AMG Badge is seen on a Mercedes people will pay just about anything for that, but when it comes to Audi’s sport models, they're not as well-known as an M-series or a Mercedes AMG. 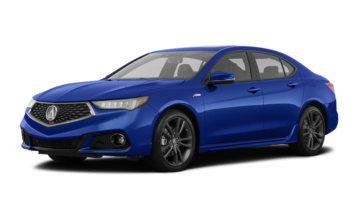 Overview: The 2018 BMW M6 is another one of BMW's insanely fast M series cars, but with no more power than the BMW M5 is it really worth the extra money? The BMW M6 does offer a lot of power, but first, you have to choose between body styles.

Overview: The 2019 Acura RLX is just like every other Acura. It wears an enormous Acura logo and it's poorly designed. The RLX looks amazing from the exterior. It's very sleek and aerodynamic. The interior is very much like a Honda because Honda owns Acura. 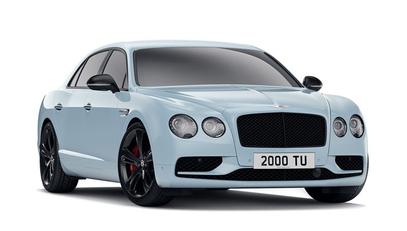 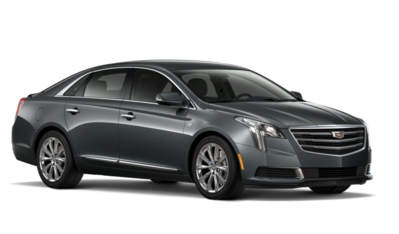 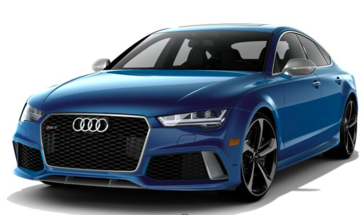 Overview: The 2019 all-new BMW M5 is currently the fastest car that BMW makes. It even faster than their flagship sports car, the BMW i8. Not only is this their most powerful car, its the first M series car to offer all-wheel drive. 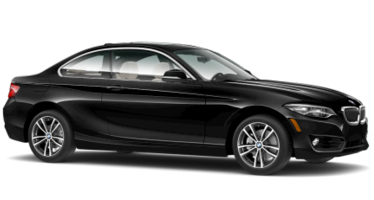 Overview: With the 2018 Buick LaCrosse is the largest four-door sedan that Buick offer, you would expect nothing less than exceptional. The LaCrosse doesn't fail to achieve this standard either. With a luxurious mostly leather-wrapped interior and spacious backseat, the LaCrosse is one of the best sedans that you can get.

Overview: The all-new Audi A3 is spectacular. The previous A3 was a lot more rounded. The new A3 has a lot sharper body lines, LED headlights, and a wonderful interior.

Overview: The Audi A4 is wonderful in every way. The A4 is very powerful and very light, which means it goes very fast. 252 horsepower may not seem like a lot, but in a car that weighs one and a half tons, that's a lot of horsepower.

Overview: The 2018 Audi S4 is very powerful and very fast. The Audi S4 is even faster than the S5, so why buy an S5 when you can buy an S4, which is faster, for less money. Granted it isn't a big difference, but its still more power for less money.

Overview: No matter what manufacturer you like, if you appreciate wagons you can deeply respect the Audi RS6 Avant. When Audi offered the RS6 as a sedan years ago, the RS6 sedan came to the U.S. with that massive twin-turbo V10, but ever since then, we haven't received an Audi RS6 Avant.

Overview: The 2018 Bentley Mulsanne has everything that anyone would ever need or dream of in a four-door luxury sedan. The Mulsanne is a relatively new model from Bentley. It first came out in 2010. In 8 years the car has changed tremendously.

Overview: As BMW adapts to the ever-changing economics of the world, it has begun to make more affordable cars that are still BMW's at heart. The BMW M3 is no exception. The 2018 BMW M3 now also has some more tricks up its sleeve. With the 2018 model year, the M3 has gotten a facelift and a new variant. 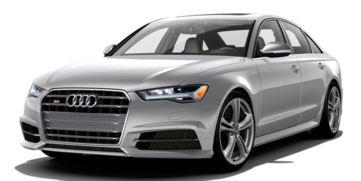 Overview: The Cadillac CT6 is the American counterpart to all of the luxury European sedans that are dominating the market. The wonderful CT6 definitely fits the part. This car is relatively new. The CT6 came out in late 2016 as Cadillac's answer to the best drivers sedan.

Overview: The Acura TLX is very similar to the Acura ILX. They both have similar body styles and interiors. The only real difference is the amount of power the car has. The TLX has 5 more horsepower which amazingly makes it accelerate 4 tenths of a second faster which is insane. 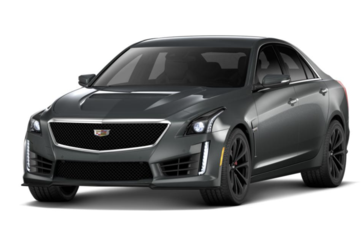 Overview: In 2016 the Acura ILX got a redesign. The main difference between the 2018 ILX and the 2015 model is the engine and transmission. The 2015 model only made 150 horsepower, but to keep up with their competitors Acura had to make a huge change. 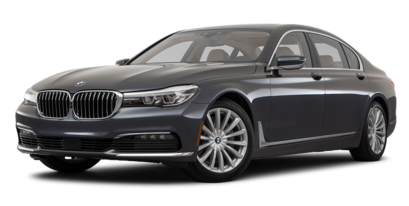 Overview: The all-new, redesigned Buick Regal Sportback. Buick has made their car the was once considered as outdated and ugly a new stylish sporty hatchback that has the power to back the name. 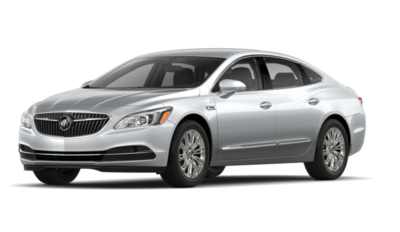 Overview: The Audi S6 is everything you have ever wanted. Audi took the A6 and put in an enormous V8. Not only does the S6 produce 450 horsepower, but it also makes 406 lb-ft of torque. With all of this power you need an excellent all-wheel-drive system and with Audi's quattro all-wheel-drive system it does just that.

Overview: The Audi S3 is the smallest S line vehicle that Audi currently sells in America, but small isn't always a bad thing. The Audi S3 is very powerful and light. As most people know, lots of power + very Lightweight = very, very fast. 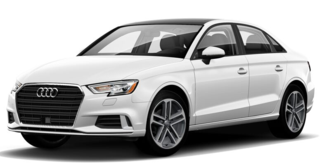 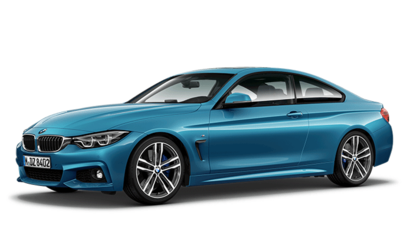 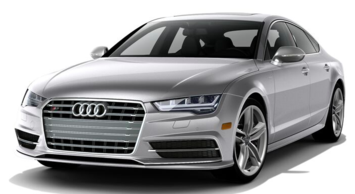 Overview: As Cadillac's smallest sedan, the new Cadillac XTS has everything you would possibly need and at an affordable price too. As one of the only American Manufactured vehicles to compete with all of the European luxury cars. The Cadillac XTS is a very well put together a well-designed car that offers up to 410 horsepower from a twin-turbo V6.

Overview: The all-new 2019 Audi A8L is unmistakable. This car will be coming out fall of 2018. This car is solely based off of electronics, especially since this will be one of Audi's first autonomous cars. The interior is very plush and the car is incredibly smooth 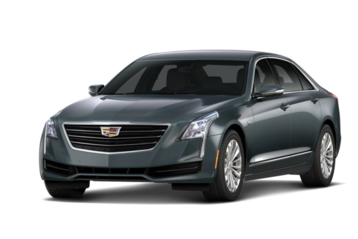