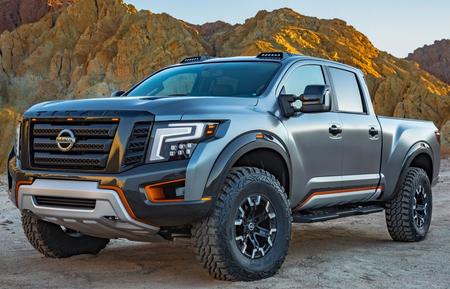 Probably one of the most interesting concepts to date is none other than the Nissan Titan Warrior. The best part is that this truck may actually be available for sale sometime soon. Nissan would mass produce them too. This may be the truck that would put the Ford F-150 Raptor in its place, although that's going to be a very hard task to accomplish. The Titan Warrior is powered by a 5.0-Liter Cummins turbo-diesel V8. Unlike the Raptor, the Warrior has a good old V8. The Raptor also doesn't offer a diesel engine. Nissan is calling the Warrior an "Extreme adventure version of the Titan XD." It's the same deal with Ford. The Raptor is an extreme adventure version of the regular F-150. Nissan has also added a practically bulletproof six-speed Aisin transmission. That transmission combined with the unbelievable reliability of a diesel engine is just such a good pair together. We don't have any interior picture, but Nissan has added a bunch of new technology to this. They added a larger and much more advanced central touchscreen, and they have integrated the tach and speedometer dials with this virtual screen. Nissan has done a great job on the Warrior, and hopefully, this will be available for purchase sometime soon, but we won't know for sure until later this year. 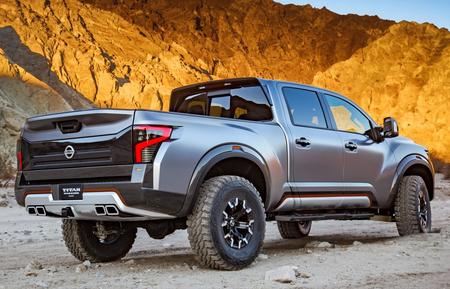