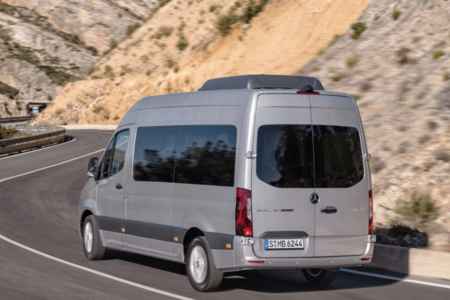 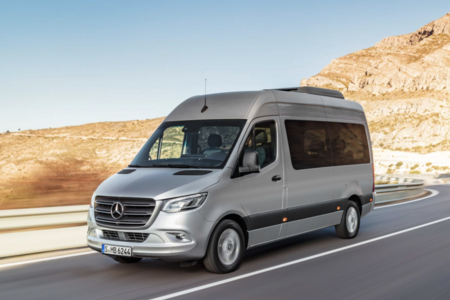 It's official. Mercedes has been the first to officially create a nice looking van. They have made this new body style much sleeker than the previous one. Mercedes has added a larger grille, slimmer headlights, and they have even added these air vents on the top of the hood. don't excite yet though. All of these performance things don't mean that there will be an AMG Sprinter. Although that would be very cool, it will most likely never happen. The larger air intakes are there to feed air to the turbocharged engine. The engines have stayed the same, they have just decided to redirect more air to the engine, instead of directing it around the car. Another cutting-edge thing Mercedes has done to the Sprinter has included their new infotainment system. They call it, "MBUX." This system has a much faster response time and now is much more user-friendly. Before you had to Google or look up a YouTube video on how to use certain controls in the car. Now its much easier to use the system. It is also much more self-explanatory. The only downside to the interior is that Mercedes hasn't made it anymore luxurious. They upgraded the infotainment system, but they haven't upgraded the materials that the interior is constructed of. It's still very plasticy and feels cheap. The new Mercedes Sprinter is expected to be released within the next couple of months.