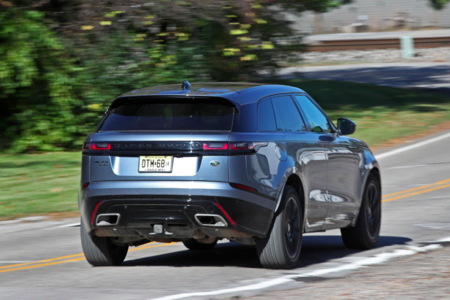 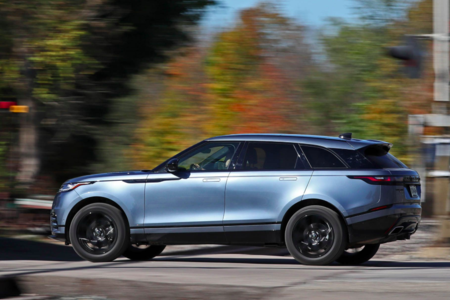 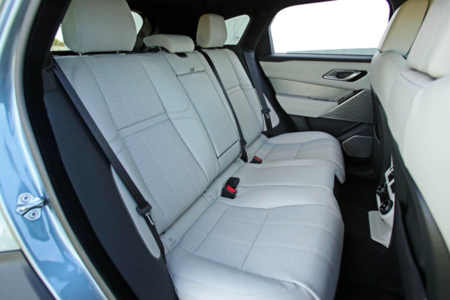 As the newest addition to the Land Rover family, the new Range Rover Velar combines Land Rover's off-road capabilities and their one of a kind styling all into one. The Velar offers a 247 horsepower 2.0-liter inline-four cylinder, a 380 horsepower supercharged 3.0-liter V6, and a 180 horsepower turbo diesel 2.0-liter inline-four cylinder are all offered. An eight-speed automatic and all-wheel drive are standard on the Velar. This all combines to create one amazing all-terrain vehicle. Land Rover also claims that the Velar can wade in up to 25.5 inches of water. That's why the front of the Velar looks very odd. The grille is placed up so high so the water won't travel into the engines air intake. That's why the front and rear of the car appear to be stretched out. Land Rover also says that with the optional air ride suspension that the Velar has nearly 10 inches of ground clearance and can climb any terrain that's up to a 24-degree angle. While this isn't much, the Velar could probably climb at a higher angle on smooth tarmac and not rough off-road terrain. With Land Rover so focused on the Velars capabilities, it almost feels as if not enough time was spent on the interior. There are two central touchscreens. One is for the audio and navigation, while the other is strictly for the climate control. While these screens seem very cool and futuristic, they can be slow and laggy at times which leads to a great amount of frustration. The seats are also very stiff. The rear passenger seats are stiffer than the front ones. There is also a limited amount of rear legroom in the Velar. The car is also very narrow so when there is truly three seats in the rear, you can really only fit two people comfortably. If you do need to squeeze three people in the rear, the two people who are sitting on the outside will be annoyed because all of the air vents are situated in the middle and don't have much movement. What this means is that all of the air is blowing on the person's knees who is sitting in the middle. You can configure your Land Rover Range Rover Velar at landrover.com. 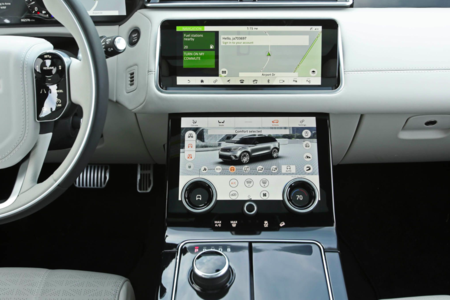 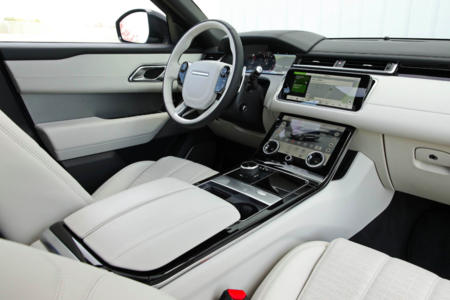 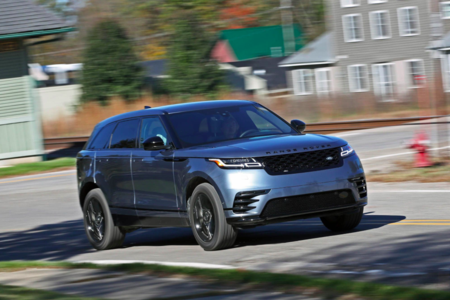 The Land Rover Range Rover Velar gets an 8/10 mainly because of its odd styling and low-quality interior. The styling is odd, but it is understandable considering the fact the Land Rover haas a reputation to live up to, and the interior has very stiff seats and the two central touchscreens can be laggy at times, which leaves the user very annoyed and frustrated.