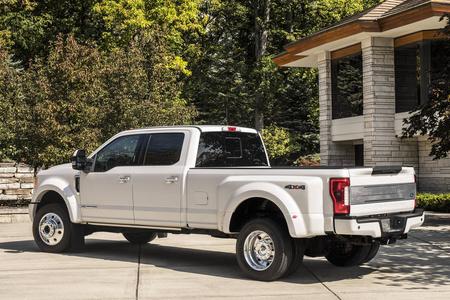 The Ford F-450 gets a 9.5/10 because as well as it is designed there are still some changes that need to be made. Ford needs to put in a power tailgate where it closes with a push of a button too. The tailgate weighs so much more then a standard F-150 tailgate. If that gets changed this truck would get a 10/10 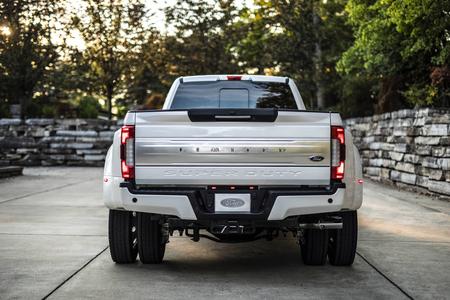 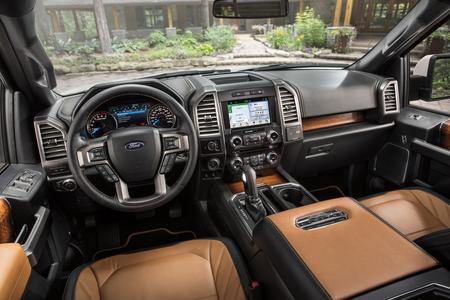 ​The Ford F-450 Super Duty is the most outstanding truck you will ever find. With a 6.7 liter Power Stroke diesel engine that generates 440 horsepower and 925
lb-ft of torque you can tow virtually anything that weighs up to 32,000 pounds. Ford redesigned the whole Super Duty line up in 2017 by redoing the whole truck in aluminum. There are three cab sizes available, Regular Cab, Super Cab, and Crew Cab. The only difference between these is the number of doors. There is only one type of engine available which is a 6.7L Power Stroke Turbo Diesel. The Diesel engine is more fuel efficient then a gasoline engine and in some place diesel fuel is cheaper. There are two different bed sizes too. There is a 6' 9" bed or a 8' bed. Two different drive modes are available, 4x2 and 4x4. This truck comes with a duel rear wheel (DRW). Depending on what options the truck has it can get pretty long. The Ford F-450 can get up to 14' 6" long! That's crazy! The model shown in the pictures is a 2017 Ford F-450 Limited Crew Cab which has a 6' 9" bed, 4x4 drive, DRW, and the 6.7L Power Stroke Diesel engine. The Limited model which is shown in the picture is coming to market soon and is expected to be Ford's first 6 figure pickup truck. The new Super Duty's also have a power tail gate that locks with the truck, the only thing is that the tailgate goes down with the push of a button but you have to manually put it back up. This doesn't sound like a hard thing to do, but the tailgate is insanely heavy. The Ford F-450 comes in five different models:

As you go higher up in price you also get more for what you pay for. Exterior styling changes too. The XL has a matte black Plastic front grille unlike all the other models that have chrome grilles. The King Ranch is also the only model which offers a two tone paint job. The F-450 XL and XLT offer six seats unlike the other models which offer five seats. The whole Ford Super Duty line up has also been awarded a NHTSA 5 stars. The interior is also outstanding. The higher end models even offer massage seats. The interior in the pictures is only available with the Limited models. This truck also has ten cup holders. who knows why you need that many, but if you ever did have five people in the car and each of them had two drinks, you would have enough room to store them all. You can design you Ford F-450 at: https://www.ford.com/ 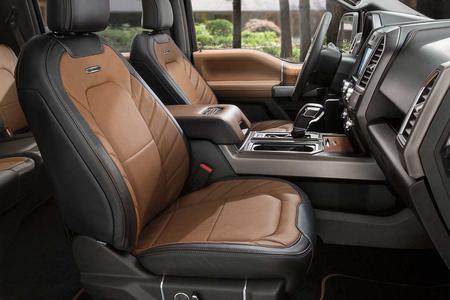 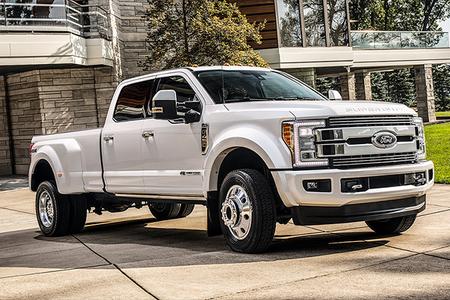